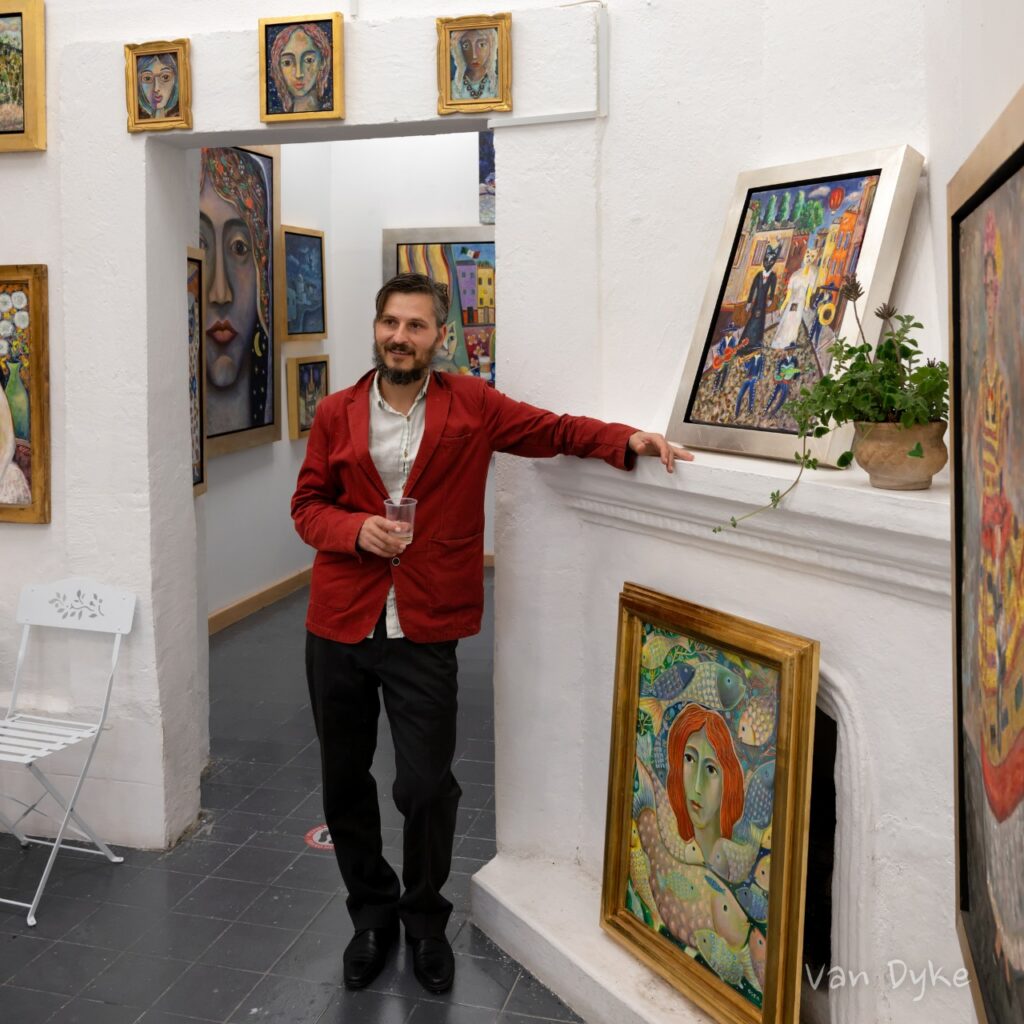 Andrew Osta was born in 1982 in Kiev, Ukraine into a family of doctors and aerospace engineers. His mother and both of her parents were doctors, while his father and his parents were engineers. Although artistic and musical talent was present on both sides of the family, it was always expected that like his parents, Andrew would follow a respectable and steady career path.

When he was a child in communist Ukraine, he did not have access to art materials nor any art education. Still, he used readily available pens and pencils to make drawings and also collected pieces of wood out of which he carved sculptures with a pocket knife. Years later, he emigrated to Canada and enrolled into the prestigious University of Toronto to study computer science at his father’s insistence, while at the same time following his interests in philosophy and religion.

His arduous studies landed him in the top ten percent of all students during four consecutive years, but also took a toll on his sense of well-being. Shortly before graduating, he turned to art making for stress relief and soon discovered that he had a natural talent for the visual arts. Thus, he began dedicating all of his free time to drawing and painting.

As early as 2005, his work was accepted and displayed by Canadian art galleries, and he even obtained representation from a Toronto art dealer. However, the highly unique and unusual style of his early paintings did not find a market among Canada’s traditional and conservative art scene. When he did not sell a single painting after two years of full-time efforts, his parents insisted that he find a real job.

Andrew took the advice and immediately headed to South Korea in order to teach English to children. For a year, he spent six hours a day teaching and the rest of his time painting. He exhibited in Korean cities of Cheonan and Seoul. Returning to Canada, he was offered a position in the field of art therapy and worked as an art councilor for refugee youth, while continuing to pursue his art practice. He could see the healing potential of art but felt limited by his work environment. This led him to decide to not renew his contract after the first year, in order to study healing modalities in the Amazon jungle of Peru. The stay resulted in a joint art exhibition with the late Pablo Amaringo as well as the publication of Andrew’s first book, Shamans and Healers.

In 2010, Andrew relocated to Mexico, choosing the picturesque small town of San Miguel de Allende as his home base. It was at this point that his art finally began to gain recognition by both artists and collectors. He became a close friend of the late Canadian figure skating champion and artist, Toller Cranston who helped promote Osta on the international level. Over the following seven years, Osta had two international museum shows and hundreds of his paintings entered into public and private collections internationally.

Following his friend’s untimely death in 2015, Andrew spent time in Europe, working and exhibiting in Switzerland, France, Italy, and Monaco. In 2017, he relocated to Oaxaca, Mexico where he continues to paint, write, and pursue other creative activities. Despite all of his travels he had never lost his love for his country. His paintings are a rich symphony of Ukrainian, Mexican, and international colors and themes.

Andrew Osta is one of the well-known and loved artists of San Miguel de Allende.

As of December 2022, his works are fond in: (Click for Catalogue)

Casa Sollano 40 (Only by appointment)